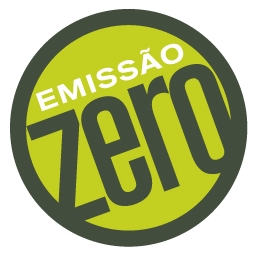 Seemingly every day a different company announces a new greening initiative, so when Coca-Cola said this morning that it has begun distributing plastic bottles of Coke and other beverages made with up to 30 percent plant-based material, it might have seemed like just another press release.

In fact, consider it a milestone. The Coca-Cola cursive logo is the most recognized consumer brand in the world, and now, in some places, it will have a little green stamp on it, symbolizing not only that company's sustainability efforts, but the degree to which green thinking has penetrated the corporate mindset.

The Coca-Cola Company dubs the new packaging PlantBottle, and boasts that it is the first-to-market plant based PET plastic bottle in the industry. PlantBottle is already on the shelves in eco-conscious Denmark (in time for Copenhagen) and will be introduced in Canada in December, and San Francisco, LA and Seattle in January.

The beverage company aims to produce 2 billion PlantBottles by the end of 2010, "a first step towards achieving the Company's vision of bringing to market plastic bottles that are made with 100 percent renewable raw materials and are still fully recyclable," according to a press release. Muhtar Kent, Coke's Chairman and CEO called PlantBottle "the bottle of the future."

The bottle of the future

According to the press release, PlantBottle packaging is currently made through a process that turns sugar cane and molasses, a by-product of sugar production, into a key component for PET plastic. The sugar cane being used comes from predominantly rain-fed crops that were processed into ethanol, not refined sugar. Ultimately, the Company's goal is to use non-food, plant-based waste, such as wood chips or wheat stalks, to produce recyclable PET plastic bottles.

The bottles do not use 100 percent plant material because the material can not handle hot or carbonated beverages. The end packaging, regardless of the materials used in its manufacture, needs to be PET plastic, so it can be easily recycled with other non-plant based plastics, according to Scott Vitters, Director, Sustainable Packaging at Coca Cola, who discussed the packaging with Triple Pundit earlier this year.

As a result, the new packaging does not directly address the issue that only about 23 percent of plastic bottles in the States are recycled. For countries with no recycling infrastructure that number is much lower. Coca-Colahas made efforts to address this problem by building recycling plants.

A pat on the back

The Company garnered praise for PlantBottle from The Climate Group, which called it "a revolutionary solution," as well as a more neutral, yet positive reaction from the World Wildlife Foundation, which noted the company gets the raw material for the plant-based bottles from suppliers in Brazil, which have been third party verified for "best in class agricultural practices."

The fact that a big corporation like Coke could quote the WWF in a press release at all shows the PR benefit these green initiatives can accrue: Coke's got the pandas on its side!

Since 2004, when then CEO Neville Isdel decided to "put the ugly baby on the table," and tabulate everything the company was doing wrong environmentally, the beverage giant has begun to swing its multinational army toward sustainability, and in many ways is a case study of the promise and problems of doing so.

Coca-cola has made news this year with its efforts to reduce its carbon footprint, as well as controversies over water usage in China. 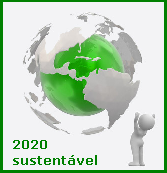